At De Code Adventures, I'm involved in a very big project where we have to convert our entire facility into an epic and huge room escape. This kind of project needs a lot of artwork so I was requested to do a bunch of things. Luckily, I managed to get my brother, Kevin Agoncillo, on board with the project right after he graduated from Sheridan College, so he was able to lessen my workload and made awesome pieces!

One of the challenging projects I've faced was making a life size dragon. When I was first told to make one, I sarcastically said, "Pssh, make a life size dragon? Tis nothing!" But eventually problems started to arise, such as printing and alignment issues but nonetheless, I managed to pull through. Behold the fruit of my labor with the help of Kevin, Haram and Joseph. With the tight budget we had, it was going to be very expensive to print the dragon's actual size which was about 12.5 ft wide and 8 ft tall. After aligning fifty-five 11"x17" papers together, tracing the cardboard out, gluing them together and then sadly cutting 4 holes out of its body. BAM! Came out the dragon and it will now stand ferociously at De Code Adventure's reception. 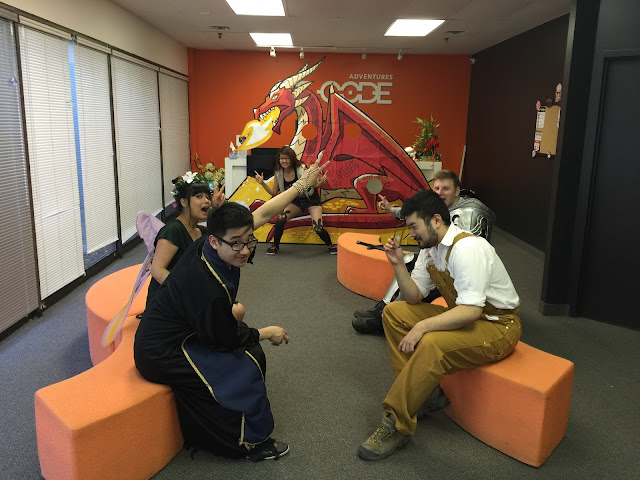 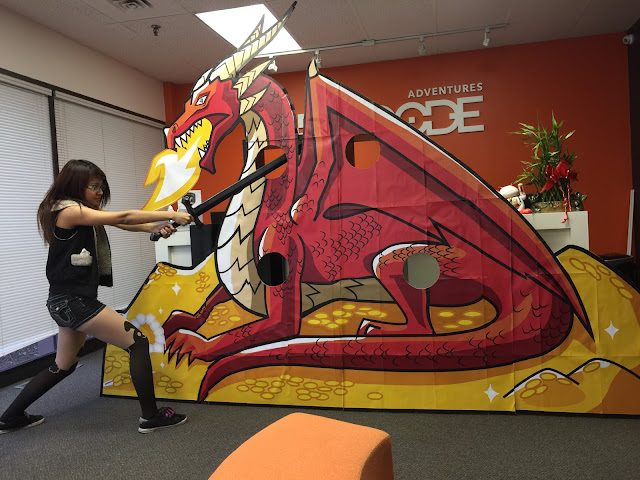 Although stressful, it was really fun to be a part of this project. At one point, I suggested that we should do a video shoot to advertise that we are doing a big escape and the idea went through! Few days ago, we hired a videographer and filmed our staff doing things. Each of them represented the main characters in the story. James the Knight, Joseph the Blacksmith, Eugene the Priest and Kristianne the Fairy. 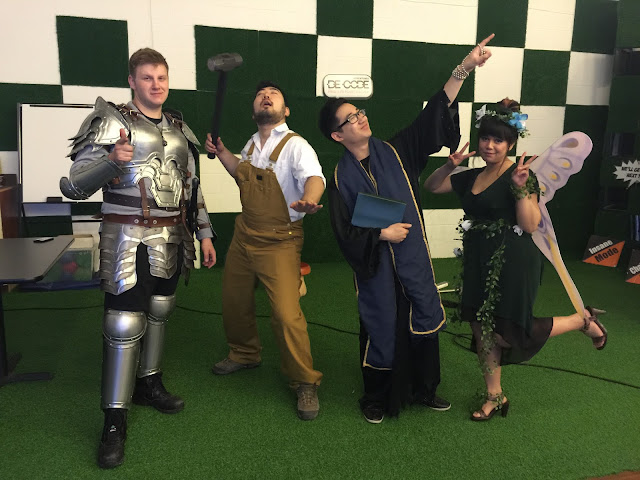